What we’re going to do here is take a detailed look at the roulette wheel and table for European, American and French roulette. We will start out with a brief look at the history and then get into some detailed diagrams and descriptions for each version of the game.

We will then get into various manufacturers and design differences, before rounding off with our opinion on the bold claims you read online about roulette wheels being predictable and easily beaten.

Best USA Online Roulette Wheel – Red Dog Casino are our favorite online casino. They have many roulette games to choose from, including live games and they pay out quickly when you win. Play at Red Dog Casino.

Brief History of the Roulette Wheel 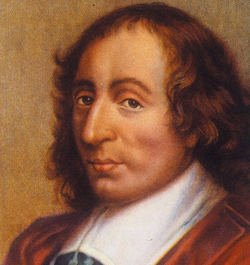 According to a French novel called “La Roulette”, the game has been played as it’s known today since 1796. These early games included both a 0 and 00.

The earliest form of a roulette wheel dates all the way back to the 1600’s from a French mathematician called Blaise Pascal, pictured right.

He inadvertently created a roulette wheel in his quest to create a perpetual motion machine. In simple terms, he wanted to create a wheel that could spin on its own indefinitely without an energy source. He failed in this endeavour.

It was roughly in the 1860’s when the Monte Carlo casino began offering a single 0 roulette wheel and this is the version of the game that spread across the world with the exception of the USA. American roulette games still retain the original concept of 0 and 00 slots to this day which increases the house advantage. More information on the house advantage can be found lower down.

The most popular version of the game across the world, both online and in real casinos. One of the first things that you need to understand about roulette is that the table is not representative of the wheel. If you place a bet on the first Dozen, you are betting on numbers 1 through to 12 but those numbers are evenly spread across the wheel. Here’s the order of the numbers on a European roulette wheel starting with 0:

The order of numbers may appear random, but they’re purposely designed to confuse the player and conform to the golden rule that black and red numbers must alternate. From there, odd/even and 1-18/19-36 are evenly distributed across the wheel with no more than two numbers of the same type adjacent to each other on the wheel. In other words, at no point are there more than two consecutive odd numbers or two consecutive 1-18 numbers and so on. 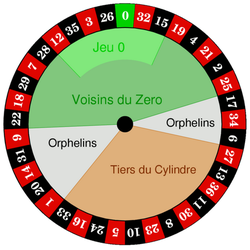 European roulette has 4 bet types that you won’t find in the American game known as Call or Announce bets. They’re named this way because in real casino conditions, the player will say the bet out loud and the dealer will place the bet for them.

The image to the right shows which numbers each of them covers. We’ve already discussed these bets in detail on our page on roulette bets but here are the descriptions again.

The American version of the game features an extra slot but the payouts remain the same, pushing the house edge up to 5.26% from the 2.7% you get with the European game. When it comes to real casinos, you’ll only find this table in the USA, Canada and high end casinos in places like London.

What’s curious about the design of the American roulette wheel is that the numbers are in a completely different order to the European game while following the same design principles. Here’s the order of the numbers starting with the 0: 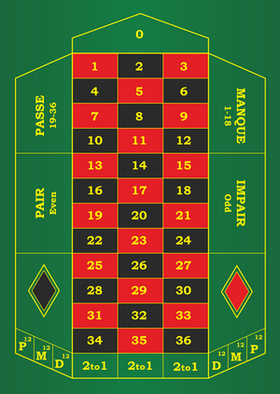 It’s also worth giving a quick mention to the French roulette table which you can see to the right. The wheel is exactly the same as the European game but the table has a different layout.

The biggest difference is that the Dozens are no longer marked as 1st 12, 2nd 12 and 3rd 12. Instead, they’re marked as P12, M12 and D12 which you will see in the bottom left and right corners of the table.

La partage rule – In terms of actual game play, the French game has the most advantageous rules because when the 0 hits, losing bets on Red/Black, Odd/Even and Low/High pay back half. So a £10 bet on Red would pay back £5 if the 0 hits.

En prison rule – In real casinos, they may opt to use the en prison rule instead of la partage. Every online game we’ve ever played has used la partage so you will only find en prison in real casinos. When the 0 hits, losing bets on Red/Black, Odd/Even and Low/High are marked as “en prison” by the croupier and neither win nor lose. Instead, they’re left on the table for the following spin and treated as any other bet.

There are numerous manufactures of roulette wheels, each of which offer various designs and we aren’t talking about mere colours and textures. The major design difference between different wheels are the pockets. Each number has a pocket where the ball will eventually fall and the design around the pocket affects the bounce and scatter of the ball which impacts on the final result. Here are three different designs, click on them to see a larger version. 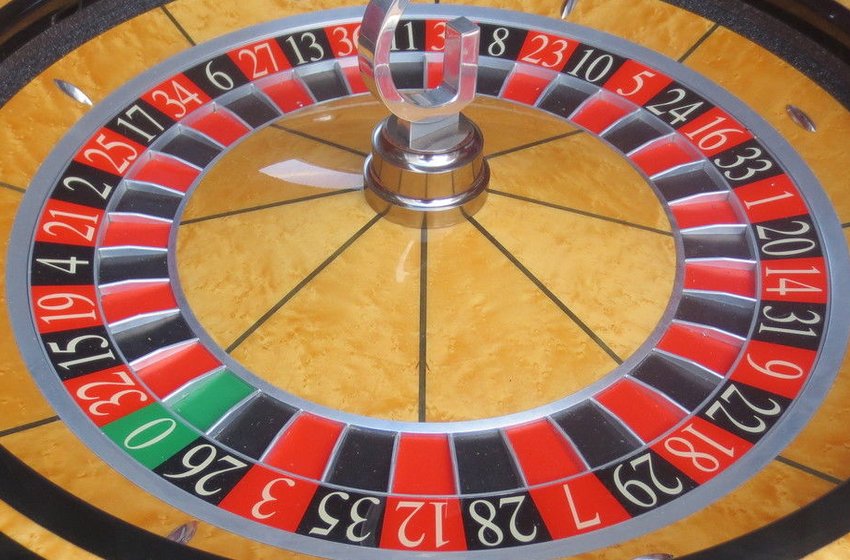 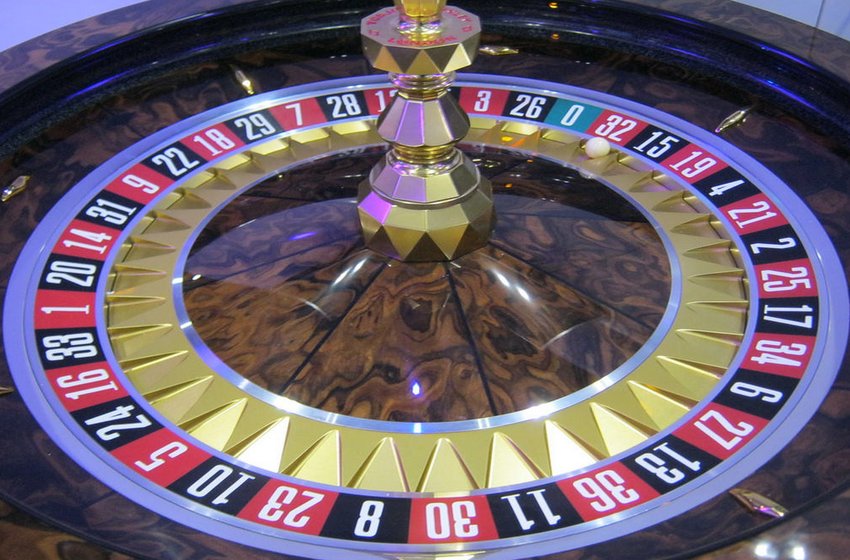 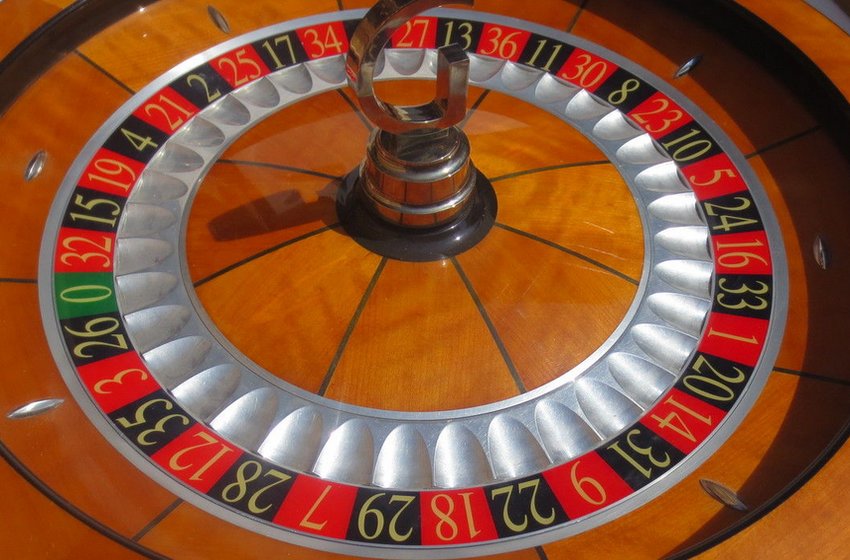 The low fret design to the left is the most common design of wheel in real casinos. The low pockets allow the ball to bounce around from one pocket to another before finally losing momentum and coming to rest, resulting in unpredictability which is what the casinos obviously want.

The scalloped design has deeper pockets, resulting in less bounce and a slightly more predictable result so they are much rarer. The scalloped design could be described as “old and outdated” because most manufacturers have ceased making them. You aren’t likely to see one in a real casino.

The Huxley stardust design uses triangular pockets which can deflect the ball in either direction, creating even more unpredictability. For example, the ball can go from spinning anti clockwise around the track to going clockwise once it hits the rotor. Such movement is much less common on low fret and scalloped designs.

While there are many manufacturers of wheels, here are the two largest that we’re aware of:

TCS John Huxley – Their head office is based in London and they have offices around the world. They’ve won numerous industry awards for their craftsmanship of casino equipment and they supply casinos across the globe. Designing a new roulette wheel on their website is like designing a new car with multiple design and colour options available. Their website is www.tcsjohnhuxley.com

Cammegh – Another company based in the UK, Cammegh are a huge supplier to casinos across Europe and the USA. They have supplied roulette wheels to numerous huge casino brands including Caesars, Grosvenor, Gala and Ladbrokes. Their website is www.cammegh.com

Neither of these manufacturers have a “buy now” button on their website. Instead, you need to request a quote and the wheel will be built for you. You can expect the price of a new roulette wheel to be well over £1000. You can also buy them second hand on ebay which will cost roughly £400-£700 for a clean, undamaged, second hand model.

Roulette Wheels Can Be Beaten?

The majority of roulette systems are based on the table. This includes all of the mathematical strategies that we’ve written about. What this means is that they don’t influence the odds which stay at 2.7% and 5.26% respectively. They are based on progressions and in many cases, betting big to win small.

However, there are other systems, based on the wheel, that we haven’t written about. The aim of these systems, often called “visual ballistics” or “visual roulette system” is to forget about the table and focus entirely on the wheel by increasing the accuracy of predictions to get an edge over the casino.

Think of it this way: the house edge is 2.7% on European roulette. If you can increase the accuracy of your predictions enough to overcome this edge, the odds will be in your favour. The cheating (and in many cases illegal) way to do this is via a roulette computer which measures the speed of the wheel and ball to give a prediction. Visual systems work in much the same way, only they’re much less effective because you’re using your mind to make predictions.

The reason we haven’t written about them is simple; we don’t know anywhere near enough about them to give an accurate description. They involve monitoring the diamonds (8 of them around the outside of the wheel) and then studying the wheel, learning its tendencies and being able to make a prediction accurate enough to overcome the edge. From there, you would bet on approximately half of the wheel via Straight Up bets to accommodate your prediction.

Real information about visual roulette systems is hard to come by which is why we’ve been unable to learn about them. We haven’t found a single website that’s written about visual roulette systems for free with simple instructions on how it all works with step by step instructions. It always comes with an asking price that we aren’t prepared to pay.

Do we think it’s actually possible to predict the wheel without a computer? Yes, but we don’t believe its anywhere near as easy or practical as the websites that sell this information make out. It’s our belief that you would need to be very experienced in real casino conditions and well versed in the deceleration of the ball to even have a chance of making this work.

We also believe that a lot of the information sold online will be outdated and some of it will be nothing more than a scam. We aren’t prepared to buy all the rubbish information about visual systems to find the good one and that’s assuming a good one even exists. For all we know, they’re all scams.